The “Music City,” aka Nashville has been the home of the Tennessee Titans since 1997. The team relocated to Nashville from Houston after failing to receive support to build a new stadium to replace the Astrodome. Nissan Stadium was constructed and opened in 1999 along the banks of the Cumberland River as the new home of the Titans. The 69,000 seat stadium has been the home of the Titans since that time and hosted countless concerts and other events. Since its opening in 1999 more than half of the other teams in the NFL have constructed new stadiums. While Nissan Stadium is not necessarily outdated, it does lack many of the social entertainment areas and luxury amenities that new stadiums feature. Over the course of the past few years the Titans have looked at plans to completely renovating the stadium and building a new facility. Infrastructure studies conclude that it would cost in excess of $1 billion to update and rehabilitate Nissan Stadium for it to be a viable home for an additional 30 years. Due to this, the Titans and the City of Nashville announced in October 2022 plans to build a new stadium for the Titans.

To be constructed adjacent to Nissan Stadium, the new Titans stadium will completely revitalize the East Bank area along the Cumberland River leading to new residential and commercial spaces. The stadium will be enclosed allowing for it to host events year-around including Super Bowls, NCAA Final Fours, concerts and more. It will feature a translucent, circular roof, and a steel and glass exterior allowing the facility to be nested into the surrounding buildings that will be constructed. Total construction costs will be approximately $2.1 billion with the Titans contributing $840 million, the state of Tennessee $500 million and $760 million from bonds. It will seat approximately 60,000 fans, one of the smallest seating capacities in the NFL. Most seats will be closer to the field than at Nissan Stadium, nearly 30 feet in the upper deck. Not only will the stadium feature a large number of luxury spaces, but multiple social spaces for fans to connect before, during and after the game. Construction is set to begin in 2023 with the stadium expected to open in fall 2026. Nissan Stadium will be demolished. 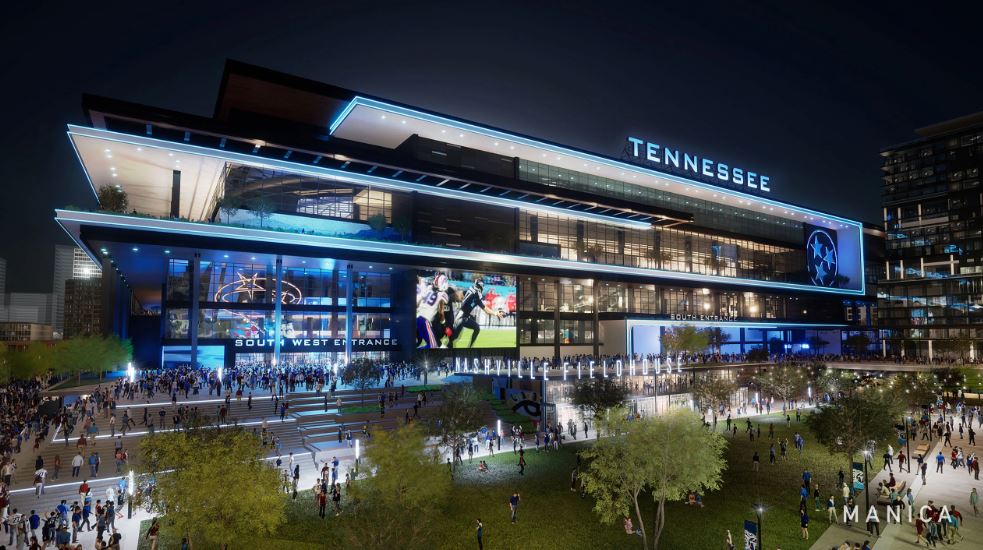 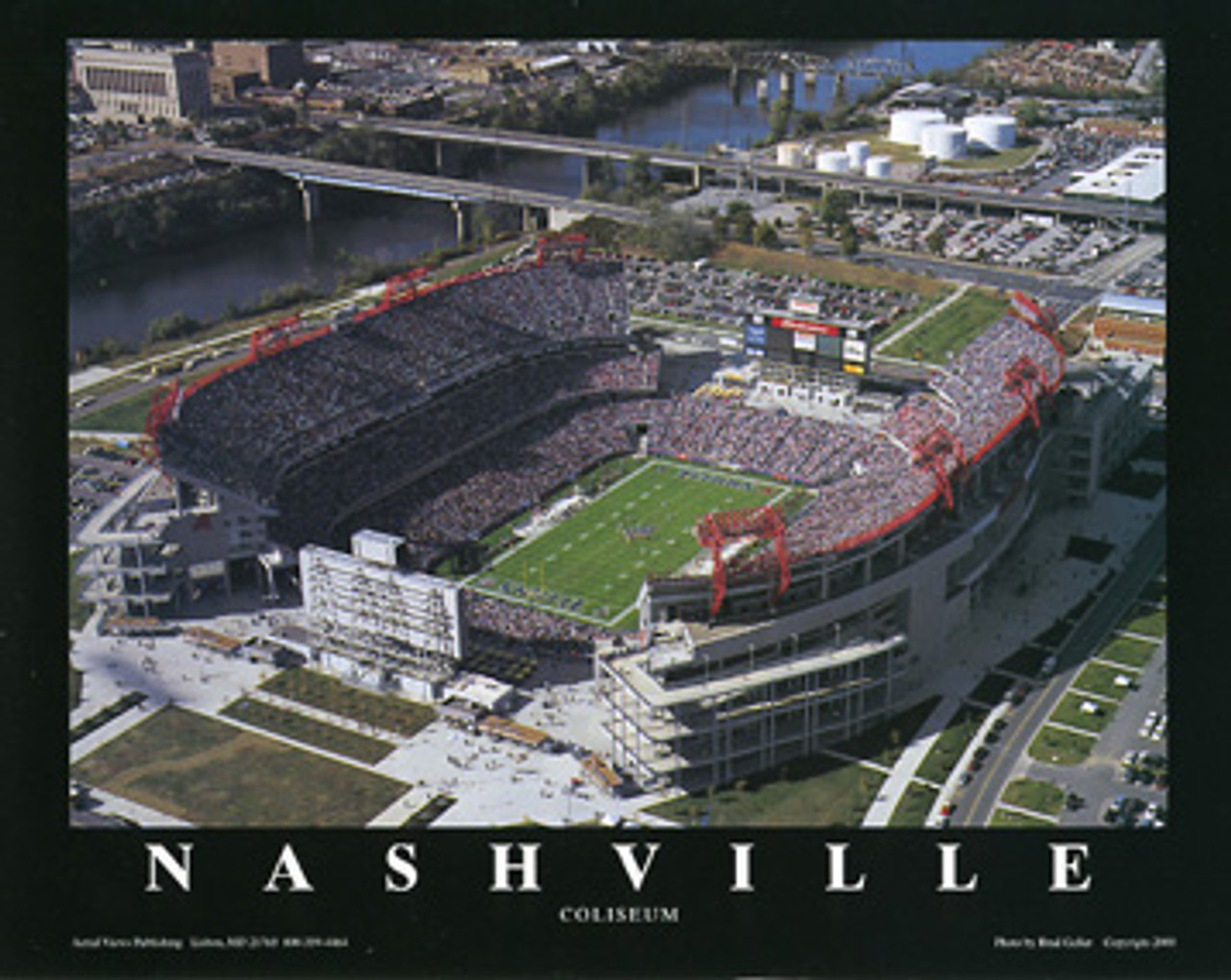 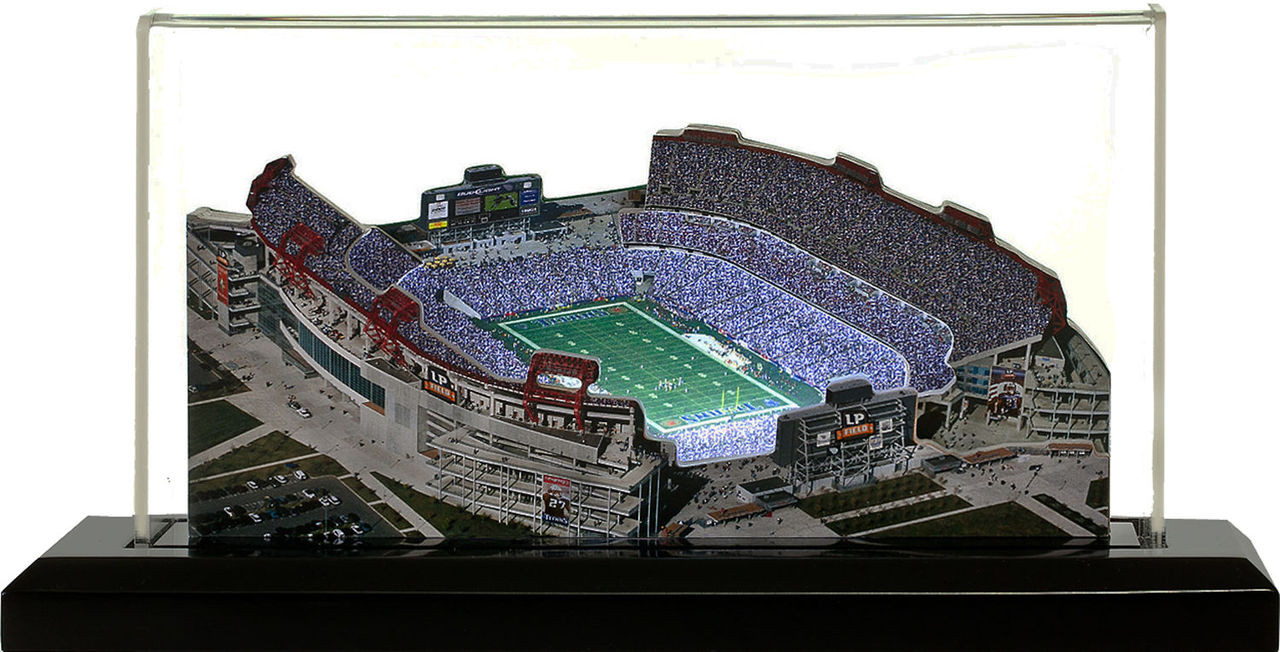