For decades football has been a part of the Miami landscape as the city is the home of the Dolphins (NFL), Hurricanes (NCAA) and has hosted countless Super Bowls and NCAA football championship games. The stadium, today known as Hard Rock Stadium, has been the site of many great football games and the Dolphins since 1987. It has had more than a half-dozen names since opening and today looks dramatically different after a massive makeover completed before the start of the 2016 season.

The history of the Dolphins dates to 1966 when the team joined the NFL as an expansion franchise under the ownership of Joe Robbie. They played at the Orange Bowl, a 72,000 seat stadium they shared with the Miami Hurricanes (NCAA). In the late 1970s and early 1980s after playing at the Orange Bowl for two decades Joe Robbie began lobbying for a new stadium for his team. After voters continually rejected tax increases for a stadium to be built, Robbie decided to build the stadium himself. Funding for stadium construction came from luxury suite and club seat sales, private funds and long term agreements with season ticket holders. Construction began in December 1985 and was completed in under two years.

Originally named Joe Robbie Stadium, the Miami Dolphins played their first game at the stadium on August 16, 1987. Joe Robbie Stadium was a major upgrade from the Orange Bowl with 75,000 orange and teal seats that enclosed the field. Numerous circular ramps and escalators made accessing every seat a breeze and two video/scoreboards boards were located above the rim of the upper deck of each end zone. In 1990, in an effort to bring MLB baseball to Florida, Wayne Huizenga purchased 50% of Joe Robbie Stadium. The following year MLB awarded Miami a team, the Florida Marlins, who began playing in 1993. When the stadium was built for the Dolphins, Joe Robbie insisted on a rectangular grandstand layout that was wider than needed for football, believing that baseball would one day come to Miami. The seats in the lower level on the north side of the stadium were retractable allowing the field to be configured for baseball. For 21 season the Marlins played at the stadium before moving into their own ballpark, Marlins Park, in 2012.

Although multiple areas around the facility were remodeled over the years it became apparent once the Marlins left that in order to make the facility competitive with other NFL stadiums and to host future Super Bowls the stadium would need a complete overhaul. In January 2013, Dolphins owner Stephen Ross unveiled plans that dramatically changed the look and atmosphere of the stadium. The $500 million project, financed by the team, was completed in two phases beginning after the 2014 season. The first phase included restructuring the lower deck, bringing the stands 24 feet closer to the field and removing the seating decks in the four corners of the upper deck, reducing the seating capacity to 65,326. Additionally all of the original orange and teal seats were replaced with new aqua colored seats. The second phase commenced after the 2015 season and drastically changed the appearance of the stadium. An open-air canopy, featuring four spires rising from the four corners, shields about 90 percent of fans from the outside elements is atop the stands. Four HD videoboards are in the corners of the upper deck to enhance the fan experience. The project was completed before the start of the 2016 NFL season and makes the facility one of the premier stadiums in the NFL. 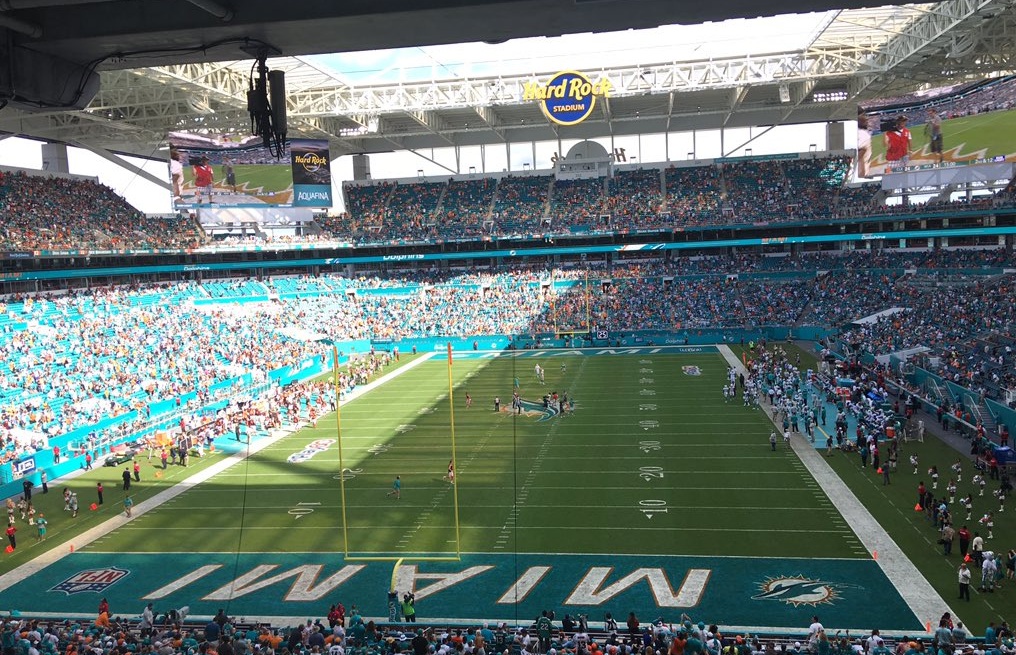 View from the end zone at Hard Rock Stadium 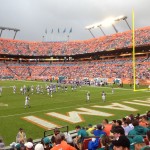 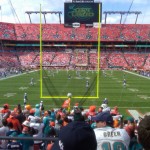 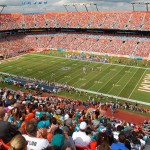 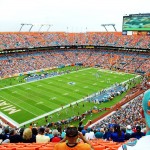 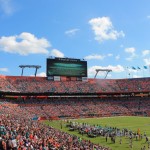 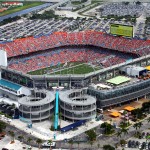 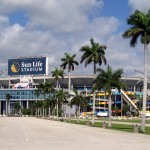 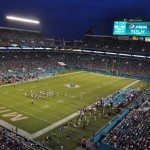 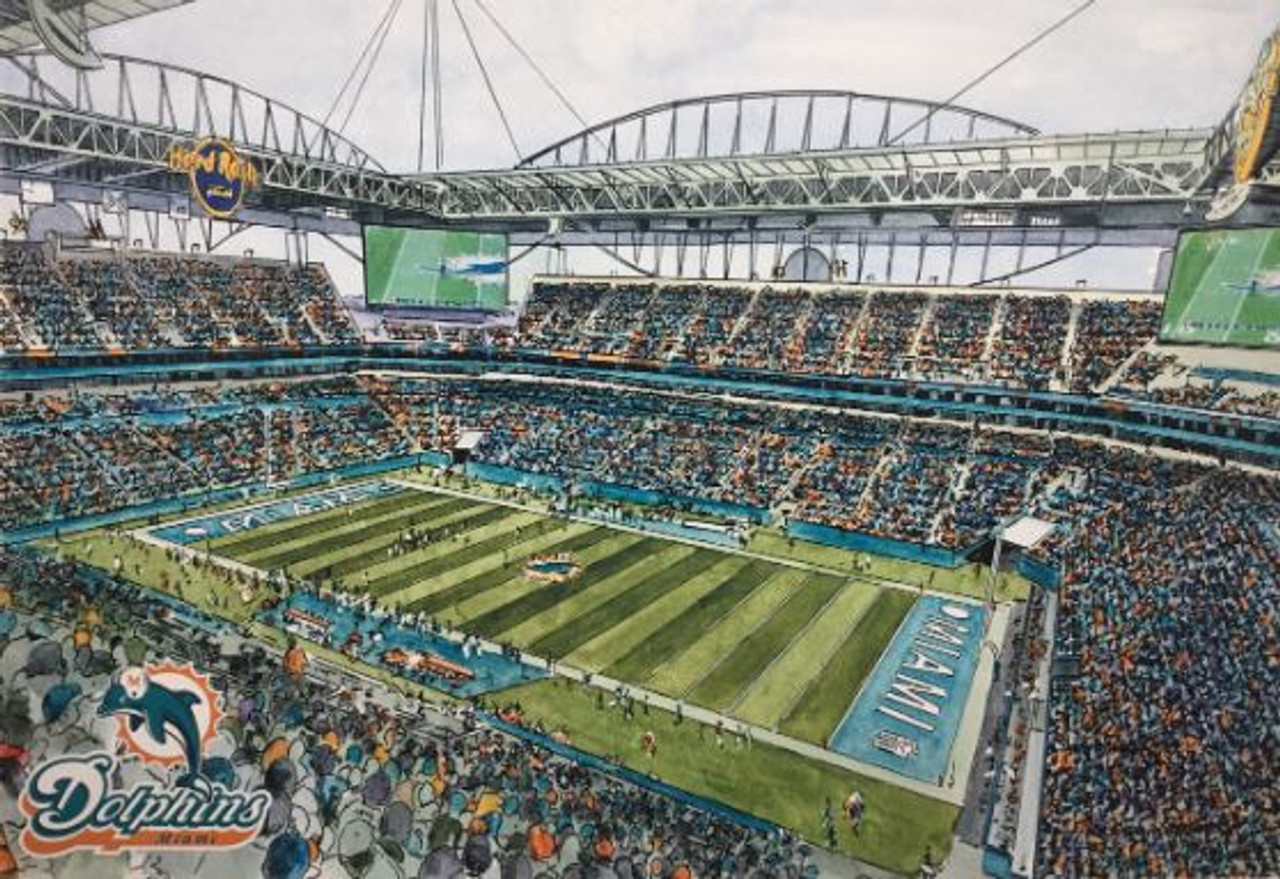 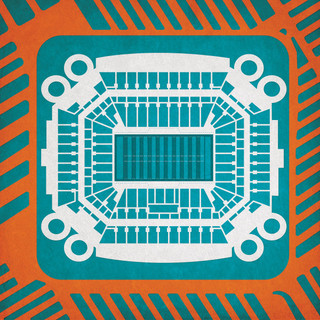