Throughout its existence, many great players and teams played at Memorial Stadium. Baltimore’s first professional football team, the All-American Football Conference Colts were established in 1946 in Miami and were known as the Seahawks. They moved to Baltimore in 1947 and played for four seasons at Baltimore Stadium. The Colts were disbanded after the 1950 season. Hoping to land a professional baseball team, the city decided to build a partial stadium at a cost of $2.5 million. The stadium had one level of wooden bleachers that could seat 31,000 fans. After failing to attract a professional baseball team to Memorial Stadium, the city decided to rebuild the stadium to try to lure the St. Louis Browns to Baltimore. The city succeeded and the Browns moved to Baltimore and became the Orioles. An upper deck without a roof and new seats were added. The seating capacity increased from 31,000 to 46,000. The stadium had a rounded horseshoe appearance and the second tier spanned the entire inside of the horseshoe.

In 1953, the NFL awarded Baltimore a franchise that took the name of the old AFC Colts. The Baltimore Colts played their inaugural first game at Memorial Stadium on September 27, 1953. Over 46,000 fans filled the two tier structure to watch the Colts play the Chicago Bears. Memorial Stadium underwent several expansions during its existence. Box seats were added in 1961 increasing the seating capacity to 49,000. By 1964, the upper deck was lengthened, with two sections added at both ends of the horseshoe. The seating capacity was increased to 54,000 for baseball and 65,000 for football. In 1970, a digital scoreboard replaced the original “Gunther” scoreboard, that sat beyond the endzone. Memorial Stadium was a great place to watch a baseball game, but an terrible place to watch football. During football season, the field was laid out so that the upper deck extended sixty yards from the end zone of the horseshoe, past the 50-yard line to the 40-yard line where it ended on both sides. Not only were quality seats missing, but along with the obstructed seating, the “horseshoe” shape of the stadium was terrible for football, because the 40-50 yard line seats actually took fans away from the field. Consequently by the early 1980s, the Colts became dissatisfied with Memorial Stadium. The team wanted their own stadium to play at, so they decided to move to Indianapolis after the 1983 season. The Colts played their last game at Memorial Stadium on December 18, 1983. 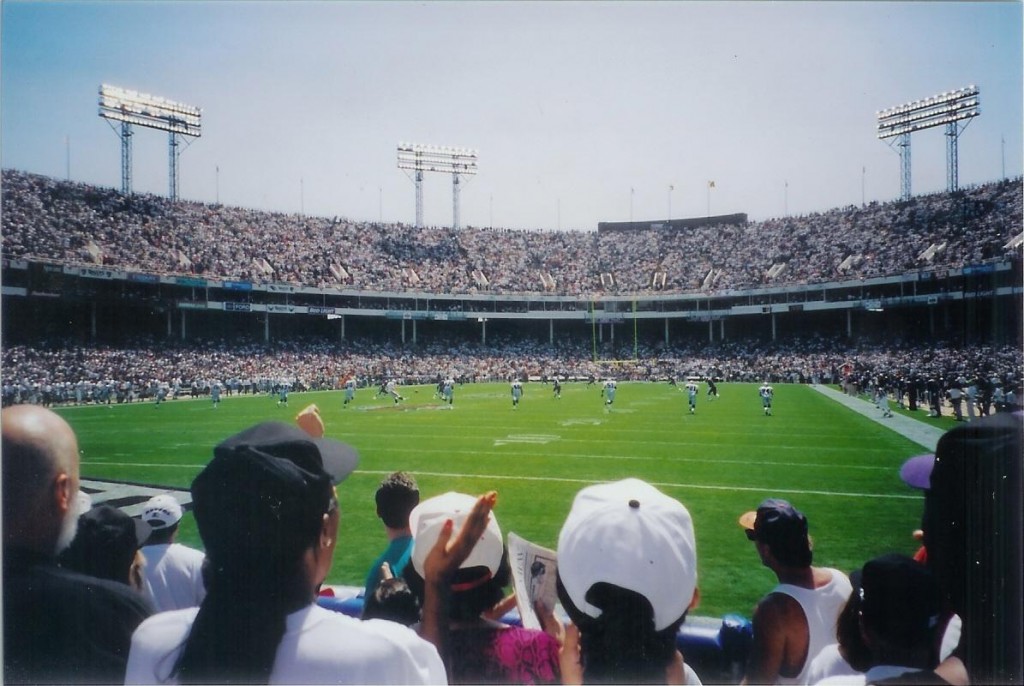