In August 1959, five local businessmen were awarded a franchise in the new American Football League. Five months later in January 1960, the same ownership group consisting of Bill Boyer, Ole Haugsrud, Bernie Ridder, H. P. Skoglund and Max Winter forfeited its AFL membership in order to be awarded a NFL franchise. The Minnesota Vikings were born when they played their first game against the Chicago Bears at Metropolitan Stadium on September 10, 1961. By the time the Vikings moved into the stadium, it had gained a professional baseball tenant; the Minnesota Twins. The capacity of Metropolitan Stadium grew from 18,200 to over 40,000. By 1965, a double decked grandstand was added along the south sidelines, replacing the bleachers and increasing the seating capacity to 45,919. The scoreboard was located beyond the east end zone. 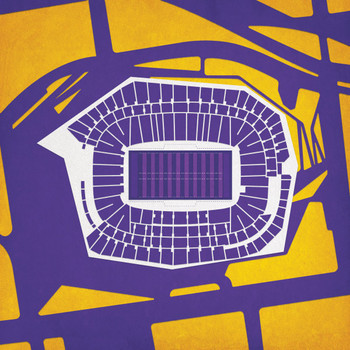