Welcome to Vegas, the home of the Raiders! The 2020 season marked a new chapter in the storied history of the Raiders and the third city they have called home. For years the Raiders sought to have a new football only stadium built in Oakland as they share the RingCentral Coliseum with the Oakland A’s (MLB). Opening in 1966 the Oakland Coliseum is the second oldest stadium in the NFL and lacks many modern amenities that new stadiums feature. The Raiders spent numerous years trying to work with local officials in Oakland to develop a stadium plan to keep the team in the city. They also explored other options including relocating to cities such as San Antonio, Los Angeles and Las Vegas. In 2016 plans emerged from developers in Las Vegas to build a stadium to attract a NFL franchise. In Spring 2016 Raiders owner Mark Davis visited the city and indicated he was interested in moving the team here.

On March 31, 2017 the NFL approved the relocation of the Raiders to Las Vegas. A new $1.9 billion domed stadium was built to house the Raiders and the UNLV Rebels college football team. The stadium was funded by a combination of private and public funds. Hotel taxes contribute $750 million to the project with the remainder coming from the Raiders and the NFL. In August 2019 the Raiders announced they sold the naming rights of the stadium to Allegiant Travel Company.

The Las Vegas Raiders played their first game at Allegiant Stadium on September 21, 2020 against the New Orleans Saints. The sleek silver and black exterior stadium sits near the Las Vegas strip. Allegiant Stadium features a clear roof dome constructed of translucent roof panels allowing natural light into the facility during the day. In addition to the clear roof panels, in order to create an outdoor feel during the Fall, the stadium has an 80 x 215 foot opening in the north endzone with lanai doors that can be opened or closed. Also located here is the Al Davis Memorial Torch, built in honor of former Raiders owner Al Davis. This 93 foot tall eternal flame constructed of of carbon fiber and aluminum will not have an actual flame but instead will be a mixture of lights and special effects and a 1,000-gallon water tank. A 55,000-square-foot peristyle club will encircle the torch.

Allegiant Stadium has a seating capacity of approximately 65,000 that includes 70 premium seats and 6,000 club seats. The natural grass playing field at Allegiant Stadium is housed on a retractable 9,500 ton tray that sits outside of the stadium on non-Raiders game days. Not only is Allegiant Stadium home of the Raiders, but the UNLV Rebels football team, the annual Pac-12 Football Championship and Las Vegas Bowl games and the 2021 NFL Pro Bowl. 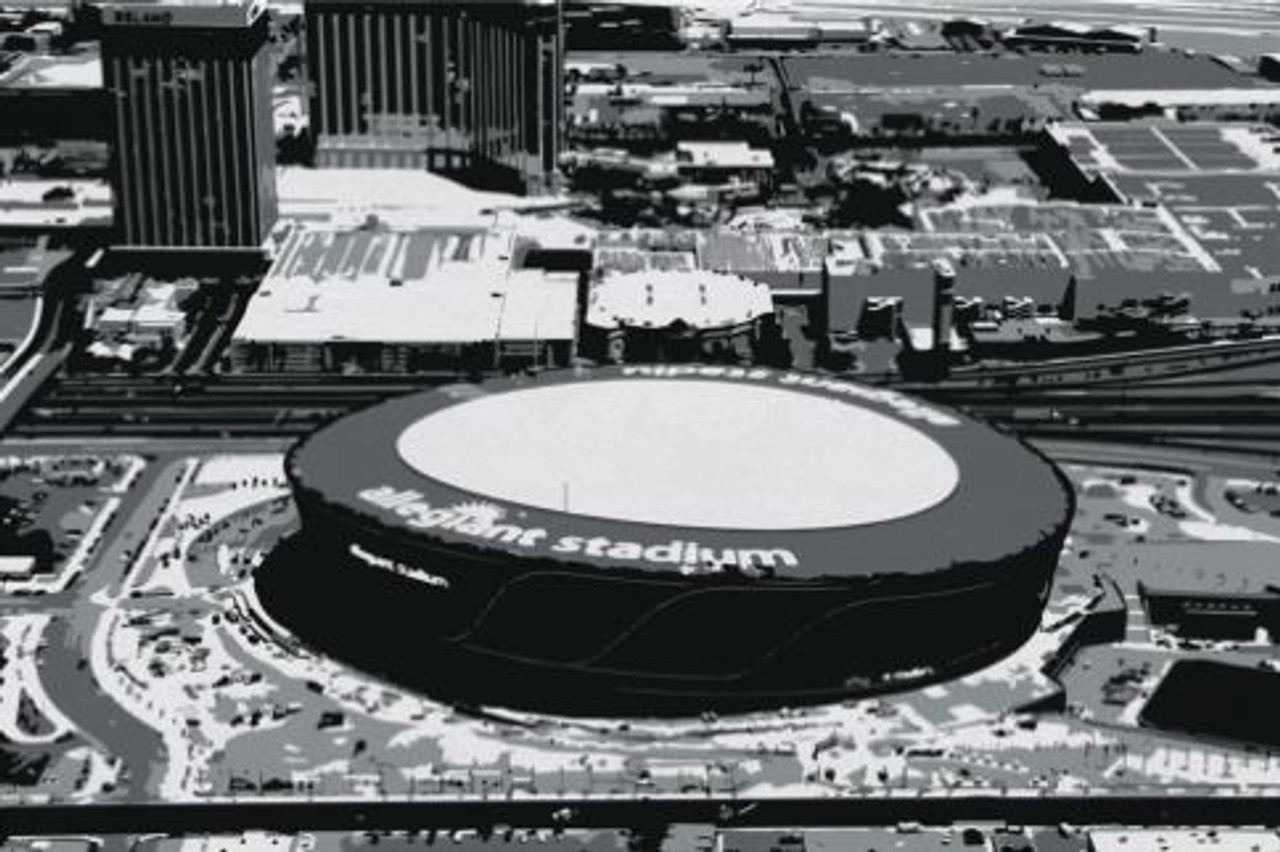