On the banks of the Allegheny River across from the expansive and scenic Pittsburgh skyline sits Acrisure Stadium (formerly known as Heinz Field), one of the best stadiums in the NFL. From 1970 until 2000, the Steelers played at Three Rivers Stadium, a multipurpose facility they shared with baseball’s Pittsburgh Pirates. Like many other teams in the 1990s the Steelers began to look towards the future, and desired a bigger and better stadium. Initially owner of the Steelers, Dan Rooney, wanted to renovate Three Rivers Stadium to become a football only facility. After studies showed that renovating the stadium would be just as costly as building a new one, the Steelers shifted focus to having a new stadium constructed. In 1997 financing was approved to construct new stadiums for both the Steelers and Pirates. Construction began on June 18, 1999, on a site adjacent to Three Rivers Stadium. For over 20 years the stadium was known as Heinz Field as the Heinz Company originally purchased the naming rights. In July 2022 Acrisure purchased the naming rights for 15 years and the facility is now called Acrisure Stadium.

The Steelers made their debut at Acrisure Stadium on October 7, 2001 when they played the Cincinnati Bengals. Acrisure Stadium is in the shape of a horseshoe, with the south end open, providing views of the downtown Pittsburgh skyline. Two, three tiered grandstands are located on both sides of the field, with the lower deck circling the entire field.  A section of bleacher seats are located on a second deck on the north side of Acrisure Stadium. The stadium has a capacity of 65,500 that includes 7,000 club seats and 120 luxury suites. Behind the seats on the south end is a massive 28 foot by 96 foot video/scoreboard. Acrisure Stadium has many amenities including several entertainment areas, team stores and restaurants. Located on the east side of Acrisure Stadium is the 40,000 square foot Great Hall where fans can check out memorabilia, murals and more of Pittsburgh’s sports history. A 35 foot by 73 foot HD scoreboard was added before the 2014 NFL season in the northwest corner of Acrisure Stadium further enhancing the game day experience at the stadium. After the 2014 season, the Steelers embarked on expansion project that added 3,000 seats to the stadium for the 2015 season. Located in the south endzone, the $34.5 million project increased the seating capacity to over 68,000. The Steelers have had great success at Acrisure Stadium, winning three conference championships and two Super Bowl championships since 2001. They also have some of the best fans in the NFL as they have sold out every home game since 1972. 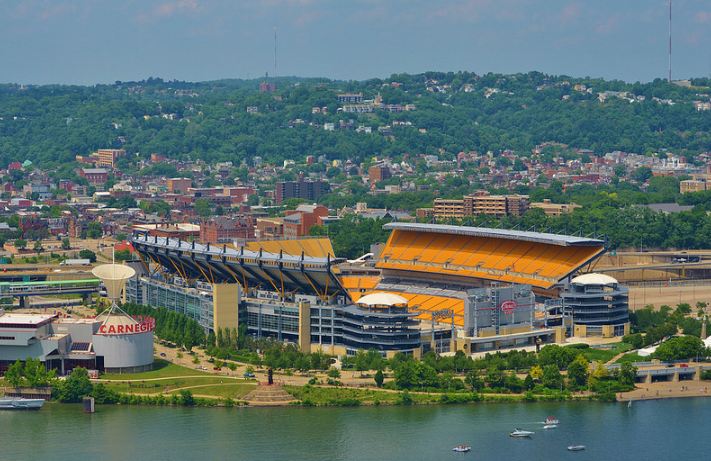 Exterior shot of Acrisure Stadium, home of the Pittsburgh Steelers 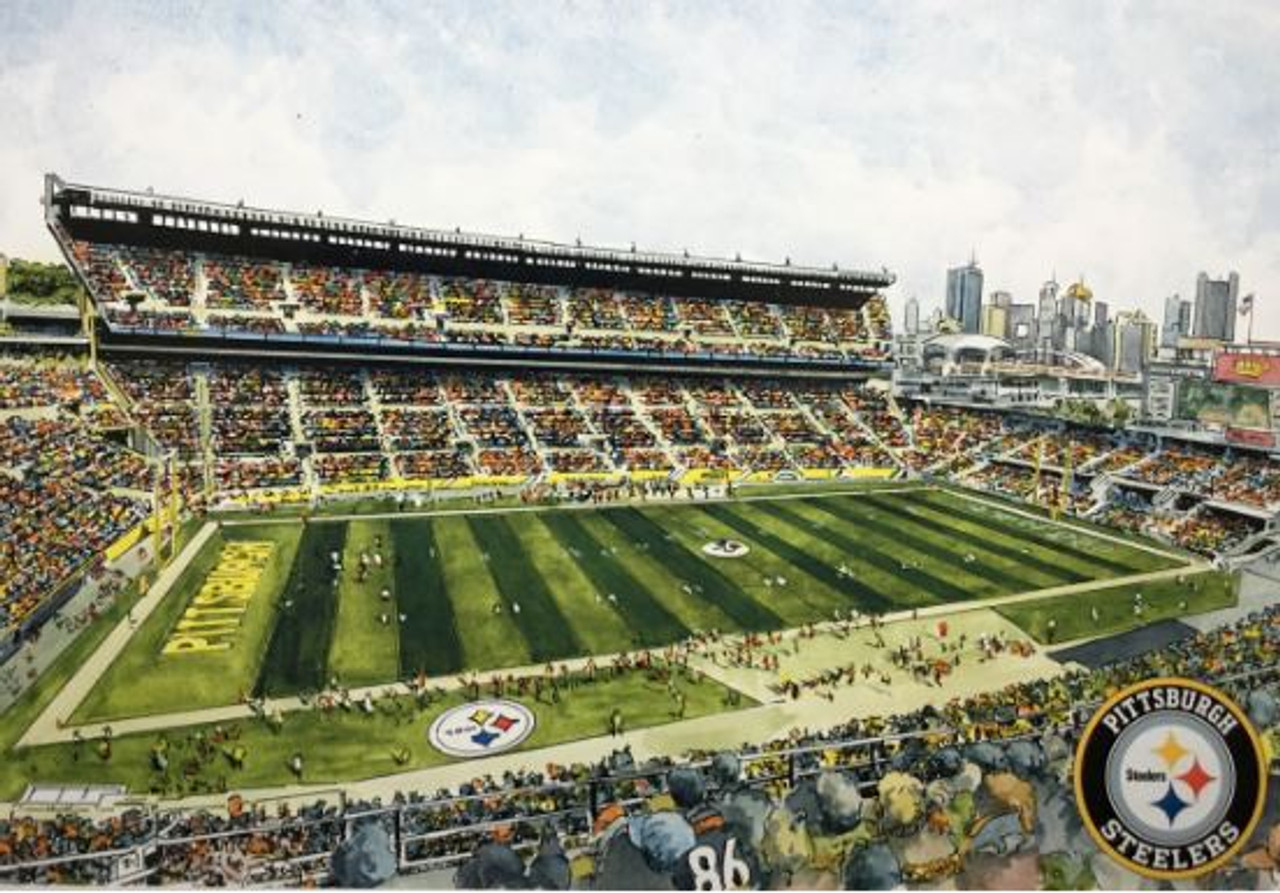 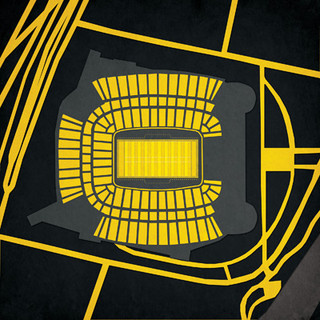