By the late 1960s Yankee Stadium began to show its age. The Giants had always wanted a stadium of their own. A local sportswriter proposed an idea for a new sports complex that would include a football stadium in New Jersey. By the early 1970s the Yankees decided to completely renovate Yankee Stadium that required them to play elsewhere for two seasons after 1973. The Giants played their last game at Yankee Stadium on September 23, 1973. Unfortunately the Giants new stadium was not ready for the start of the 1974 season. The Giants played one year at the Yale Bowl and one year at Shea Stadium before moving into Giants Stadium in 1976. The Giants had six playoff appearances and were the 1956 League Champions while at Yankee Stadium. In the late 1990s the Yankees began exploring the possibility of building a new stadium as Yankee Stadium lacked many of the modern amenities of newer ballparks built. In June 2005, the team announced plans to construct a new Yankee Stadium. Yankee Stadium was demolished over a two year period, completed by Summer 2010, and converted into a public park area featuring a baseball and softball field. Nearly 12,000 trees were planted in the shape of the stadium. For more than eight decades Yankee Stadium was the home to some of the greatest players in baseball. The Yankees played their last regular season game at Yankee Stadium on September 21, 2008. The new Yankee Stadium opened across East 161st Street in April 2009. 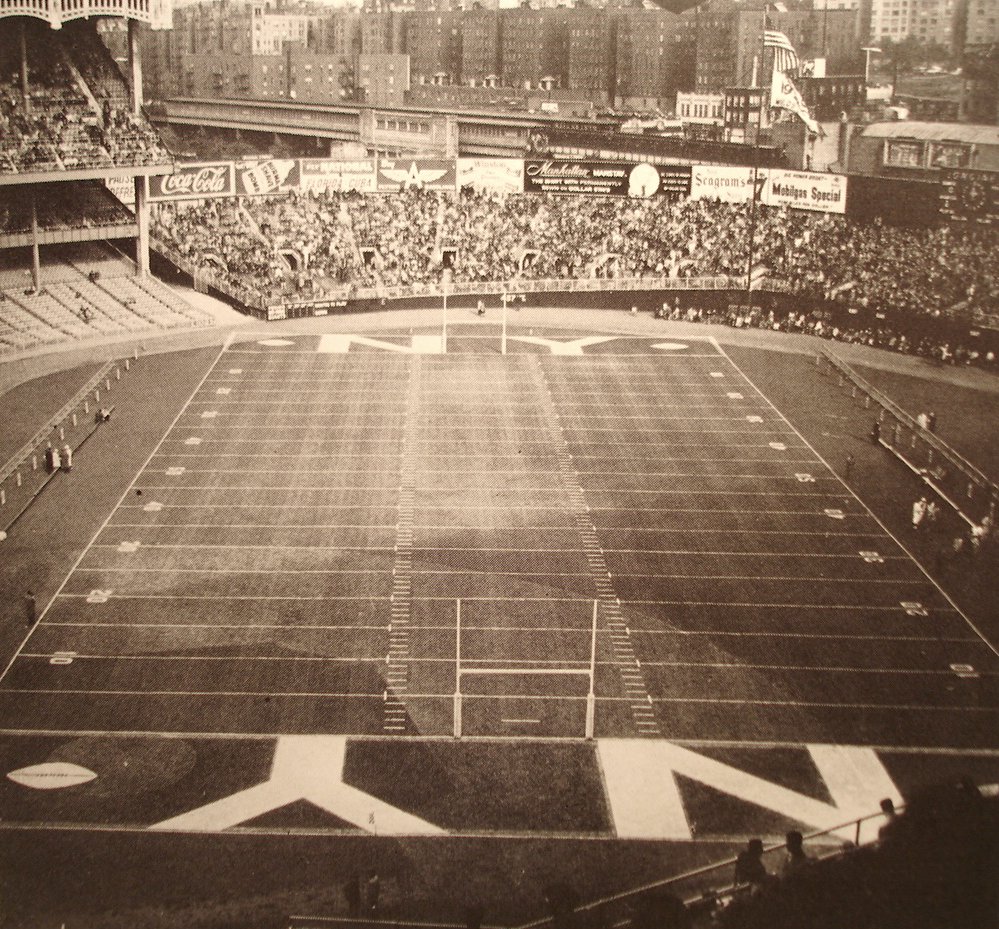 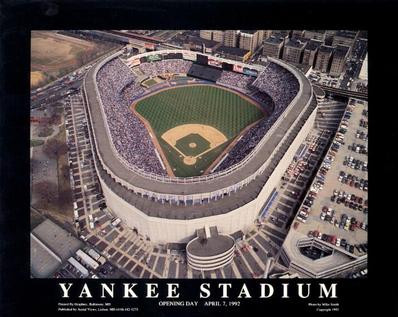 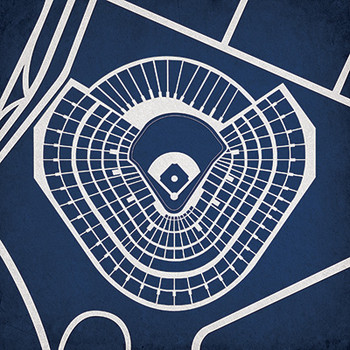