Throughout the New York Jets history, they have never had a stadium of their own. Although that is still the case, the Jets and Giants collectively have one of the best stadiums in the NFL. In September 2005, both the Giants and Jets announced plans to collectively construct a new stadium in the Meadowlands. For nearly five years, both teams had explored options of having separate stadiums built, the Jets on Manhattan’s west side, and the Giants in New Jersey. After the Jets failed to get a new stadium built in Manhattan, they decided to team with the Giants to build a new stadium adjacent to Giants Stadium.

In September 2007, renderings and details of the new Meadowlands stadium were released. Although site work began in April 2007, official groundbreaking occurred on September 5, 2007. The stadium has a seating capacity of 82,500 in four levels that enclose the stadium. This includes 10,000 club seats and 200 luxury suites. Fans sitting in the front row along the 50 yard line seats are the closest to the action in the NFL, 46 feet away. The stadium features two club areas, the Coach’s Club and the mezzanine level clubs. The Coach’s Club features a 20,000 square foot bar and lounge on the field deck just five yards from the team’s bench. On the mezzanine level are the east and west side clubs where fans can enjoy a climate controlled atmosphere and a variety of food and beverages. Fans can see replays from the gridiron on four 40′ x 130′ HD video/scoreboards that are located in each corner below the upper deck.

Since the stadium is home to two teams, individualization is an important concept of the stadium. Interior illumination of colors switch depending on the home team. Outside, giant red pylons at the North and East entrances show videos of whatever team is playing at the facility. The signature feature at the stadium is the Great Wall. In the shape of a rectangle, this 400′ x 40′ high wall displays murals of players and moments in team history outside the stadium. Both the Jets and Giants are committed to staying in New Jersey for the next 99 years. This is the first time two teams have developed a partnership to build a stadium. Originally known as Meadowlands Stadium, the Giants and Jets played their first games at the stadium on the same weekend, the Giants on September 12, 2010 and the Jets on September 13, 2010. In August 2011 the stadium was renamed MetLife Stadium after the company purchased the naming rights to the facility for 25 years at a rate of $17 to $20 million a year. Although MetLife Stadium is primarily the home of the Giants and Jets it is home to many other events, including the Super Bowl in 2014. It marked the first time the Super Bowl was played at an outdoor stadium in a cold-weather climate. 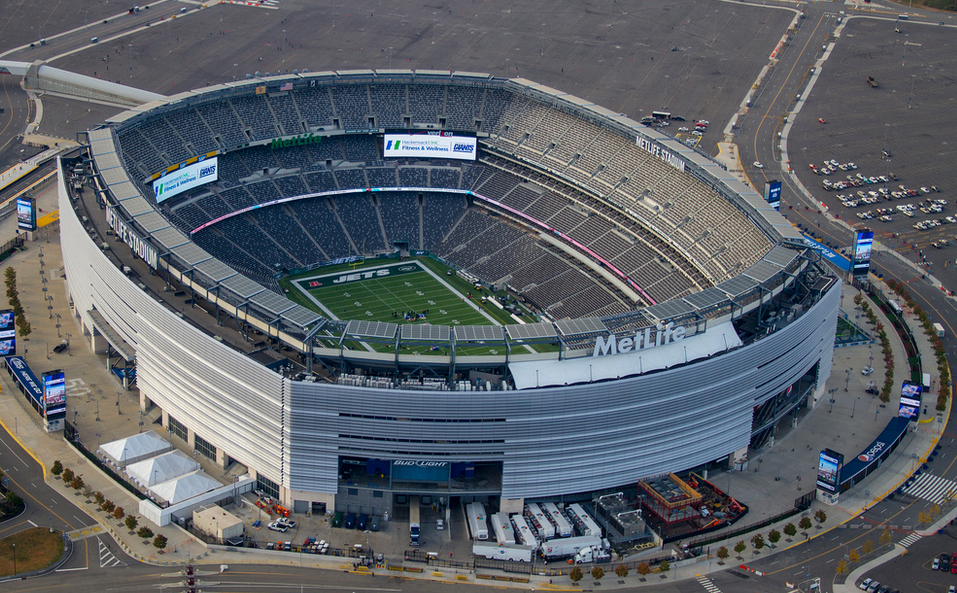 Aerial of MetLife Stadium, home of the New York Jets 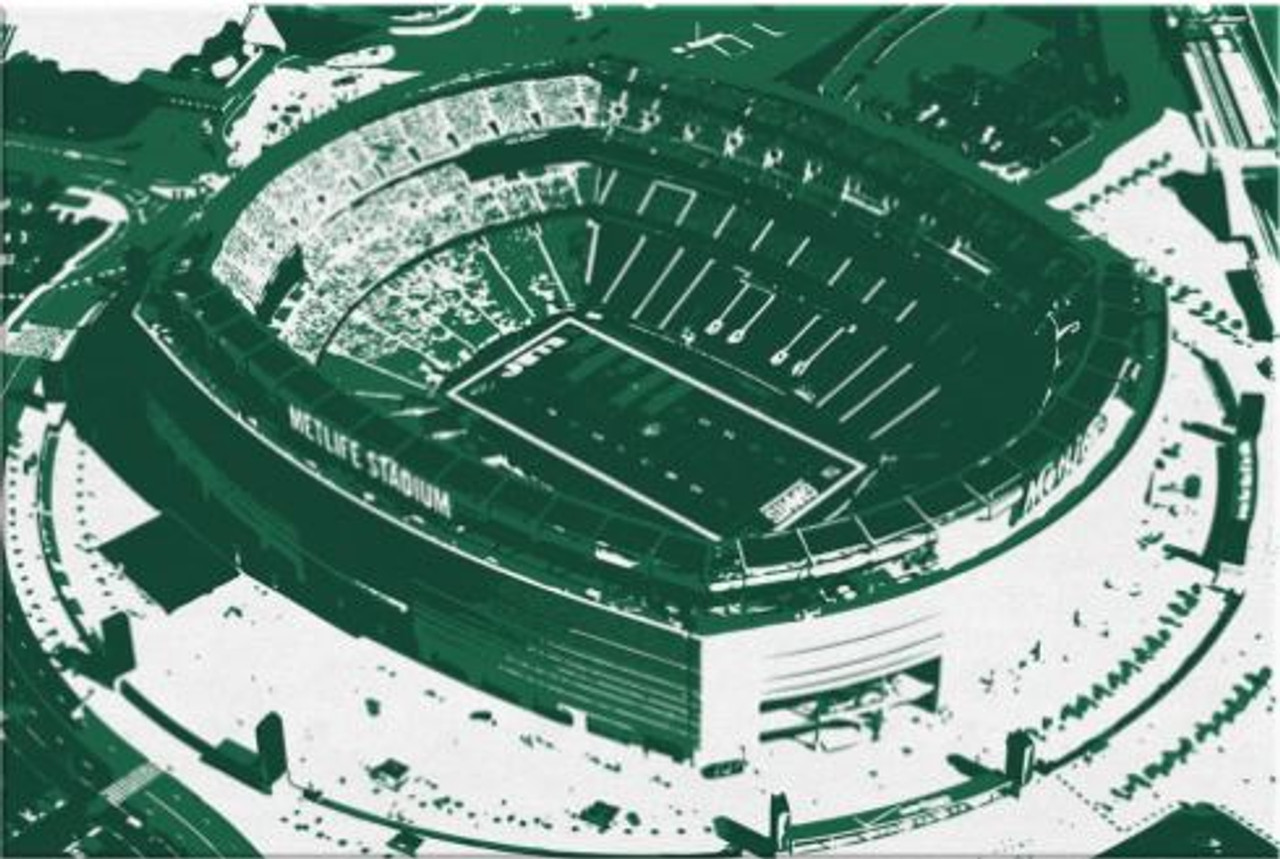 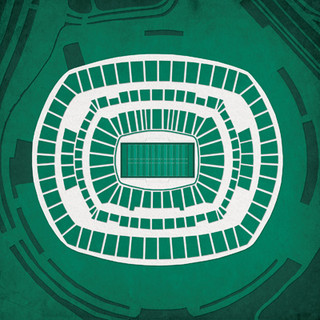